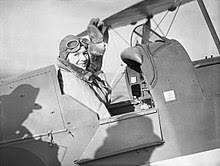 This section of the piece has just been finished today. To hear Part 1 and read more about how it was composed please go to yesterday’s page.

TODAY WE CELEBRATE THE WOMEN PILOTS AND ENGINEERS FROM

On 19 September 1931, Sywell Aerodrome in Northamptonshire hosted the world’s first All Women’s Meeting.

YOU CAN READ MORE ABOUT THE FESTIVAL ITSELF ON THE DAY 8 PAGE OF
“ECHOES FROM NORTHAMPTONSHIRE”.

We have already met two of the women who took part that day and who appear on our Minerva Scientifica Engineering pages: – Dorothy Spicer (1908 -1946) Aircraft Engineer and Mary, Duchess of Bedford (1865 -1937) Ornithologist and Radiographer, but today we focus on those who may not have earned a Minerva Scientifica place, not having a clear science or engineering background, but who stories are so enthralling we thought we must share them with you! 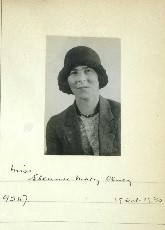 MOLLY OLNEY (1896-1978)
Northamptonshire’s leading aviatrix (the posh word for a female pilot) was Eleanor Mary Olney, generally known as Molly. A keen sportswoman, in 1930 she became the first female member of the local Aero Club to fly solo, speeding all the way round Sywell aerodrome in five minutes. Only a few months later, she gained her Royal Aero Club Aviators Certificate, which involved completing two flights of at least 5 km each and rising higher than 50m above the ground.
Olney told a reporter that she regarded flying as much safer than driving a car. ‘There are no fools in motor-cars or on motor-cycles coming round the corner,’ she said, ‘and there are no children running across the road, or bicyclists to get in your way.’ However, she may have changed her mind the following year, when she watched her brother Bruce make a crash landing (fortunately, both he and his aeroplane recovered).
One of her greatest successes was organising the Woman’s Meeting at Sywell on 19 Sep 1931. Opened by Mary, Duchess of Bedford, it attracted many famous female pilots, who arrived in their own planes to take part in flying displays, races, parachute descents and other stunts.
She organised similar festivals at Southampton and Bristol, but sadly they were less successful because of low cloud and rain.

PAULINE GOWER (1910-47)
When she performed at the Sywell Women’s Meeting, Pauline Gower was only 21 years old, but she already had her commercial pilot’s license. To win that, she had completed over 100 hours of flying as well as the challenge of a solo night flight. Teaming up with another aeroplane enthusiast, Dorothy Spicer, she set up Britain’s first all-female air-taxi service.
Pauline Gower went on to have a stellar career during the Second World War, when – at her suggestion – she established an all-women section of the Airport Transport Auxiliary (ATA), which ferried military aircraft between factories, repair shops and fighting units. For the first few years, women received only 80% of the salary awarded to men for carrying out the same work, but she successfully campaigned for women to be paid the same amount.
She was awarded an MBE, but her extraordinary life was sadly cut short when she died giving birth to twins. 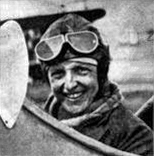 MARY, LADY BAILEY
Brought up in an Irish Castle, the aristocrat Mary Westenra was a rebellious child who was home-educated after running away from school. She married a mining magnate, Sir Abraham Bailey, and had five children, but she craved the speed and risk she had enjoyed as a teenager on her motorbike. In 1927, she gained her pilot’s license, and before long, was smashing all the records for both distance and height. Her first long-haul solo flight was to Cape Town, in South Africa, but the trophy she won for that exceptionally dangerous feat was just the first of many. Within a couple of years, she was famous as one of the world’s most fearless and accomplished female pilots, and in 1930 she was made a Dame of the British Empire.
The following year she took part in another challenging trip. For two weeks, she lived on a women’s archaeological camp in Egypt, flying daily over a wide territory to take aerial photographs that revealed previously unknown sites.
And as soon as she got home, she clocked up yet one more first – the first woman in the UK to gain a certificate for flying blind, relying only on instruments. 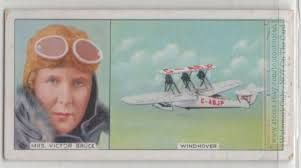 Mrs Victoria Bruce and a Windhover on an advertising card, 1930s 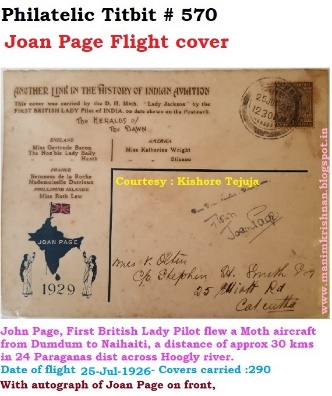 In 1931, the world’s first all-women event attracted some exceptional pilots to Sywell. For example, five years earlier Joan Page had scored an Indian aviation first by flying 30km and crossing the Hoogly river. But a particularly flamboyant participant was Mrs Victoria Bruce (1895-1990), who at the age of fifteen was had up by the police for going too fast on her brother’s motorbike. After that, she broke speed records with power boats and racing cars before graduating to aeroplanes. Several hair-raising crashes and rescues later, she became the first woman to fly around the world alone and the first person to fly from England to Japan – and she was still flying loops in her eighties.

The woman who won the race that day at Sywell was a very different sort of risk-taker – Susan Slade (1904-44). Born in Hong Kong, she had first learnt to fly in Newcastle-upon-Tyne and in 1931 earning her living as manager of the hotel at Heston Aerodrome in Middlesex. During the Second World War, she joined Pauline Gower and other women in the ATA, regularly delivering military aircraft from one base to another. She suffered several accidents with relatively minor injuries, but in 1944 the villagers of Little Rissington (Cotswolds) watched in horror as her plane suddenly swerved away before crashing into a field and bursting into flames. Although she died in the crash, her quick thinking had saved the lives of spectators on the ground.

Ethel Doreen Tyzack at Sywell in 1931

One of the youngest competitors was Ethel Doreen Tyzack – usually known as Doreen and only 24 years old when she performed at Sywell and was especially commended for her impressive aerobatic display. Two years later, she flew so low over Barmouth that her wing killed a young man on the beach, but although her beloved Gipsy Moth crashed down into the estuary, she survived.

Perhaps the bravest woman who appeared at Sywell that day was Winifred Spooner (1900-33), who had already won numerous trophies and medals for competition flying. The previous December, she had set off to prove that South Africa could be reached within 5 days, but her co-pilot mistakenly landed in the sea while she was taking her turn to sleep. Leaving him perched on top of the floating wooden fuselage, she swam two miles to shore and persuaded some local fisherman to rescue him and the plane. Despite surviving that ordeal, she died at home of pneumonia: no wonder she was nicknamed ‘Bad Luck Wimpey’. 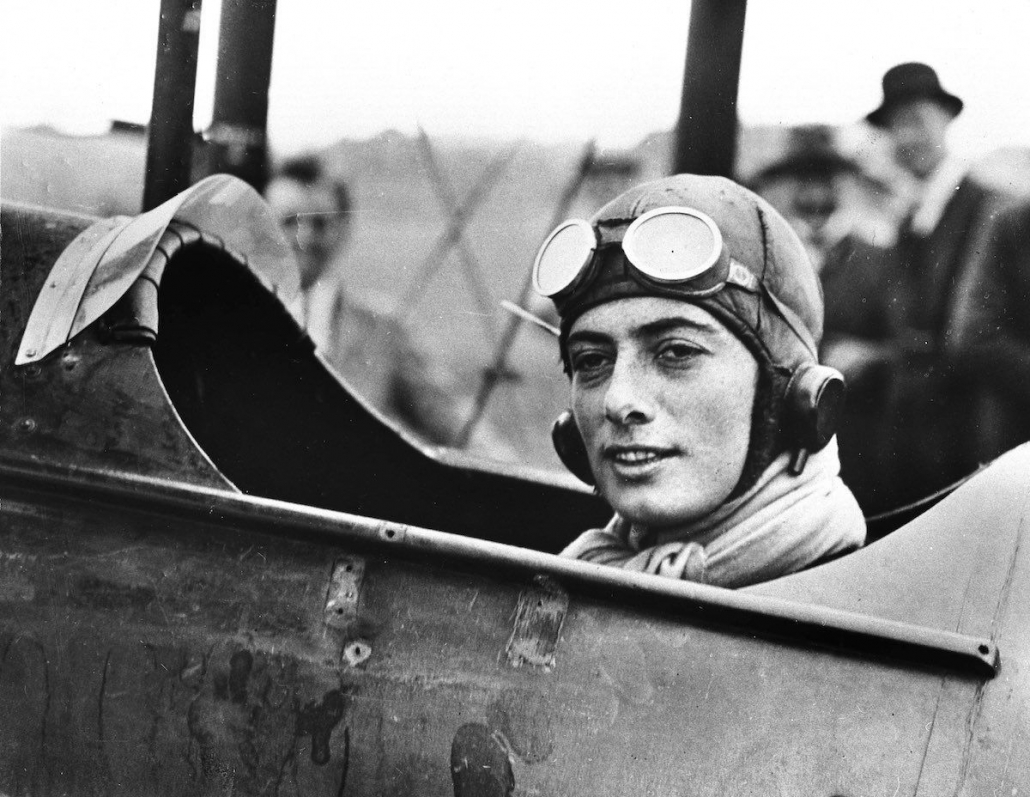 Aristocratic socialites were also out in force. Kathleen Pelham Burn Moore, Countess of Drogheda (or Droghed-air, as one headline punned), was born into money and enjoyed spending it. As well as piloting planes, she drove fashionable cars, played tennis at Wimbledon (but was soon knocked out of the tournament), and held séances attended by London’s glitterati, including Jacob Epstein, Wyndham Lewis and Augustus John. Popularly known as ‘The Flying Countess’, she was outranked only by the elderly ‘Flying Duchess’, Mary, Duchess of Bedford, who opened the Sywell show.

Come back at 7pm tomorrow for the premiere of the completed work
“Bats, Moths and Bi-planes”
by Frances M Lynch
(supported by PRS Foundation’s The Open Fund)
for voices, vintage plane engines, moth wings and bat echolocation 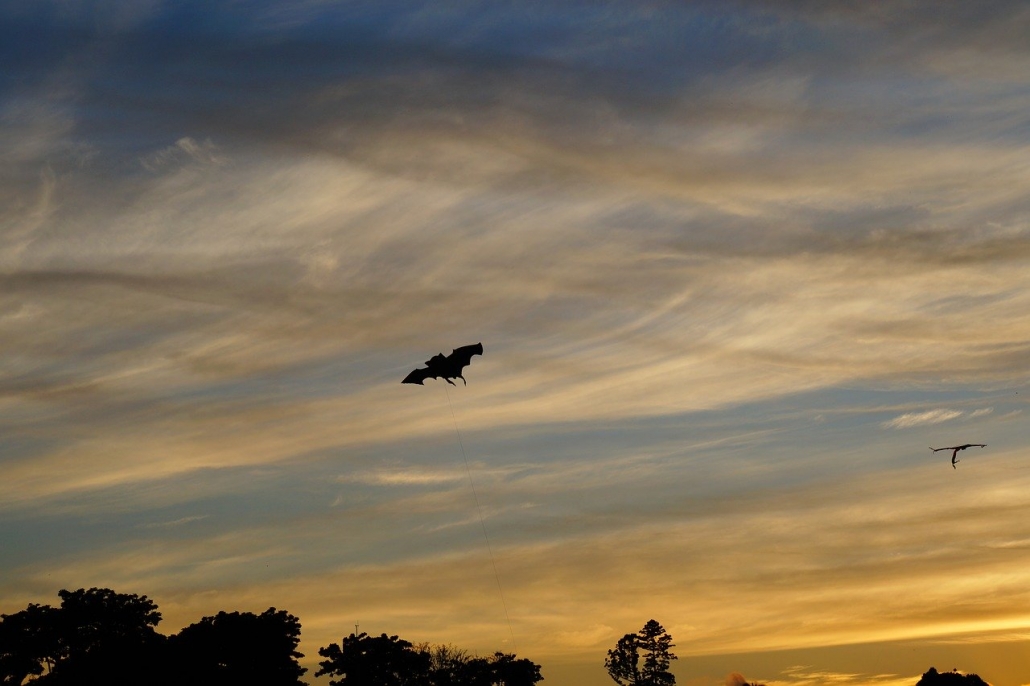