Echoes from the Engine Shed

Echoes from the Engine Shed

The Engine Shed is in the fair town of Stirling, sitting at the feet of the splendid castle and positioned as if still a part of the railway station. However, it is no longer a shed full of engines, but a shed full of scientists supporting conservation for Historic Environment Scotland. We were lucky enough last year to work with a team who were engaged on an investigation of Argyle Tower in Edinburgh Castle. Since then I’ve been fascinated to hear of their work on a Van Gogh painting and now on Rennie Mackintosh’s Hill House in Helensburgh among other projects.

The scientists in question were Sarah Hamilton, Maureen Young and Aurélie Turmel. Together with Raploch and Riverside Primary Schools and Stirling High School we embarked on an ECHOES PROJECT which culminated in a performance at the Engine Shed on September 18th 2018. 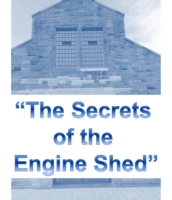 With the primary schools we researched the history of the Engine Shed, and the children wrote music about how it was built, and the materials used, how it came to decline, and it’s eventual restoration by Historic Environment Scotland. They were fascinated by the secrecy surrounding the site, so of course the music is called “The Secrets of the Engine Shed”, you will find it on the school pages where you can follow their scores –  Raploch and Riverside .

The fact it was based on a building local to them really helped to engage them.
Sarah Hamiton, Conservation Scientist, Engine Shed

Marine Biologist Nora Miller Diving in Bermuda, you oughta’ have seen her!

We discovered Nora Miller, a marine biologist born in Stirling, who made a special study of the Lung Fish and was a pioneer of underwater filming.  Frances wrote a song about her “THE SEA OF LIFE” which the primary children sang – you can hear them on Nora Miller’s page

I liked “The Sea Of Life”because it changes from normal to the fun part. I find making the water noises funny! (Riverside pupil)

We told her story with the help of another composer  – Shena Fraser -also Stirling born. You will find her beautiful “Sea Lullaby” sung by BBC Singer Margaret Cameron here.

…And …. what of the scientists’ work on Argyle Tower in Edinburgh Castle?

Well of course Frances made some music about it!  “Salt Tears” . The music was created from a number of different sources, but primarily by translating Data provided by Dr Maureen Young into musical notes.  If you visit her page you will find more details of the fascinating story we unearthed that linked Argyle Tower to Stirling through a heroic woman – Lady Sophia Lindsay. You will find the music and story here

It was fascinating to hear concepts like stone and chemicals turned into music, and to hear patterns in the data rather than see them expressed visually in charts. Dr Maureen Young