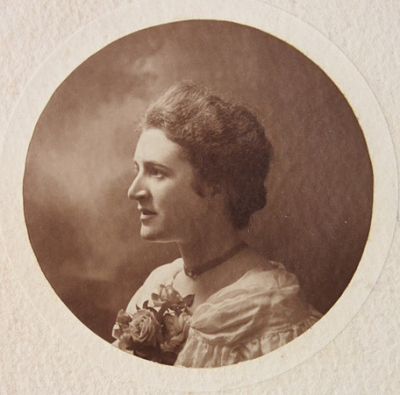 Botany was Arber’s passion throughout her life, but she approached it in very different ways. She began by studying texts from the 15th – 17th centuries about the uses of herbs in medicine, and then proceeded to research and publish her own work on various plants. During WW2 when she found it hard to continue researching she began to read philosophy and became influenced by mysticism.

The music above is the closest we could come to an example of the kind of Herbal texts Arber was studying – it’s from an early C18th publication “A Curious Herbal” by Aberdonian Botanist Elizabeth Blackwell (c.1700-1758). The music is a combination of riffs created by Frances M Lynch from the listed herbs with interjections by an SATB choir using the music of Isabella Scott Gibson (1786–1838) – originally a hymn setting entitled “With Mary’s Love” in which the voices set out some of the more bizarre medicinal uses for the herbs. The music was produced and recorded by Herbie Clarke and Frances M Lynch with the voices of Frances M Lynch and Francis St. John.

Find out more about AGNES ARBER on the Minerva Scientifica Website

from The Old Mermaid and other poems by Muriel Arber

….Everything in the household has its own particular voice

The bolt of the scullery door and the lid of the biscuit jar,

The clink of the lid of the mustard pot when the table is laid for meals,

Each window and door, each clock being wound, each kettle as it is filled,

The handles of the broom being propped in its corner, the bathwater’s swirl,….

Agnes Arber was one of many women who typically worked from home at a time when laboratories would not have been welcoming to her sex.

….Time’s fortress falls, the battlements are down;
The bastions crumble into futile dust.
Time’s captive, man, released by ruin, stands
Freed from the shackling bonds of Here and Now.
Vision, no longer pent and loophole-barred,
Achieves the far horizon in its sweep,….
……Unending stillness and the flowing hour.

Why not sign up to our newsletter for updates on our plans for 2021 which will continue last year’s online work.